The busy people of Norwich!

From St Stephen's Street to the top of Ketts Hill you can hear the sounds of busy people. Magdalen Street to Chapelfield they make their way around this fine city.

From dawn until dusk the Marketplace and Guildhall Hill are places of trading and excitement. Across Castle Meadow the buses bring in customers from near and far to experience all the delights.

At the end of the day the bells of St Peter Mancroft ring out as the City Hall lions stand guard until tomorrow when it will all happen again.
Posted by Andy Yourglivch at 10:42 No comments:

Field Day is tomorrow at Victoria Park, London! Please don't do a rain dance or I will end up looking like this again! 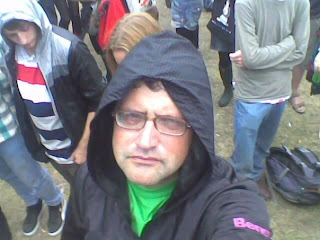 Posted by Andy Yourglivch at 10:00 No comments: 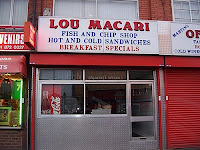 Mesut Ozil was spotted at Manchester Airport! He was subsequently seen with Elvis at Loch Ness and enjoying fish n chips at Lou Macari's! We are in the middle of the transfer rumour silly season where it seems that every player that sneezes is linked with Manchester United!

Sir Alex Ferguson claims that he is happy with the squad while David Gill has said that transfer funds are available. Most United fans were expecting a number of signings this Summer but as time has passed I'm beginning to think that Javier Hernandez and Chris Smalling will be it in this transfer window. Until David Gill splashes the cash none of us will believe that the Glazer's have made the transfer funds available.

I hope Mesut Ozil enjoyed his fish n chips and will be making a return visit to Lou Macari's!
Posted by Andy Yourglivch at 09:54 No comments:

Posted by Andy Yourglivch at 11:37 No comments:

My top ten albums of all time 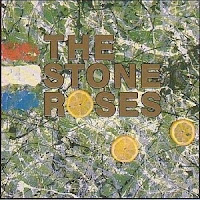 Here goes! It will probably be completely different next week!

My favourite gigs this year!

So far this year I have attended 43 gigs. Most of these have been in Norwich with the Arts Centre easily being my most attended venue. In January it was amazing seeing Midlake there but even more amazing how the whole band were able to fit on the stage!

The main venue in Norwich is Norwich UEA LCR with the best gig I've seen there this year so far being Hot Chip who put on a quality show with lots of energy. Norwich's second venue is The Waterfront where I saw Kele a couple of week's ago! With a mixture of his solo album and Bloc Party tracks it was a fun night!

In March I saw Grizzly Bear and Beach House at London's Roundhouse. Two brilliant bands at an amazing venue. Everything was out of this world that night!

I got to see Pavement at Brixton Academy in May 15 years after I first saw them at Norwich UEA. They are one of my favourite bands of the 90's and I loved every minute of it!

On 4th July I finally got to see Jay-Z when he headlined the Wireless Festival in Hyde Park. Talk about being in an empire state of mind! One of the greatest hip hop stars ever!

Last Sunday I was at the Latitude Festival where I saw brilliant performances from Dirty Projectors, Midlake, Jonsi and Vampire Weekend among others. There is always a great vibe at Latitude along with loads of great bands!
Posted by Andy Yourglivch at 08:03 No comments: 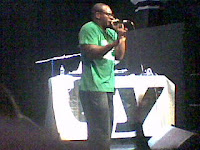 It's the morning after Ty's gig at Norwich Arts Centre and I can still feel the enthusiasm and energy that he put into his performance! He was wearing a green t-shirt with a large adidas logo but by the end of the show it was covered in sweat and represented all his heart and soul.

There was great interaction with the crowd as a number of times he jumped into the crowd and performed.Emotions! Emotions! Emotions! No doubting the Arts Centre was full of them last night. We can all be a special kind of fool sometimes especially on a Friday night!
Posted by Andy Yourglivch at 02:26 No comments:

Vidic is staying at United!

Nemanja Vidic has ended speculation over his future at Manchester United by agreeing a new long-term deal with the club. That is brilliant news for all United fans everywhere! Every single one of us loves Nemanja Vidic!

Let's all show Vida lots of love in the new season which I'm sure will give him more confidence and get the best out of him. When he's in top form it's gives a boost to the whole team and that can make 19 times a dream that can come true!
Posted by Andy Yourglivch at 11:47 No comments:

As one of the most revolutionary rappers on the British hip-hop scene, Ty embodies the intellect, talent and ferocity of an MC always destined to become a legend. Over the last decade, the Mercury Prize nominee has achieved the rare feat of establishing a legacy through his three albums and wise persona, strengthened by his amazing worldwide shows and countless appearances alongside luminaries such as De La Soul, Tony Allen and Pee Wee Ellis. Musically, he’s also worked with Estelle, Scratch Perverts, Talib Kweli, Black Twang, Arrested Development, Bahamadia and Zion I, both in front and behind the mixing desk, further proof of his relentless artistry and his evolution from roguish wordsmith from South London to an internationally-acclaimed hip-hop connoisseur.

Tonight Ty will be bringing hip hop to Norwich with his gig at the Arts Centre. The last time I saw him was 5 years ago at Norwich UEA when he played with Pharcyde. He has got a reputation for intelligent hip hop with a strong UK vibe.
Posted by Andy Yourglivch at 11:03 No comments: