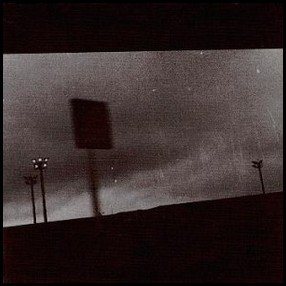 Godspeed You! Black Emperor appeared at Norwich UEA on Saturday 23rd July 2011 like some cool Post Rock hallucination beamed in from Montreal or maybe an alternative Universe. Norwich was represented on the night by Transept who gently got us in the mood for the main event.

Godspeed You! Black Emperor is the greatest band name in history without a doubt and to see them at Norwich UEA as part of their warm up for All Tomorrows Parties was an amazing opportunity not to be missed.

They took us to an dark industrial landscape and left us there. Soundscapes they begin quiet and built up to a brutal noise that shudders throughout your body. When you attend one their gigs you know you really have been at one and have the scars to prove it. When they do loud it's very loud.

With an atmospheric dark video backdrop the UEA LCR was transformed into some kind of secret venue from another dimension where everything was in black and white and the noise from the band become a noise that went around and around in your head.

This is a gig that will be talked about in Norwich for year's to come. Lift your skinny fists like antennas to Heaven because tonight you have been in the presence of Godspeed You! Black Emperor.
Posted by Andy Yourglivch at 08:30