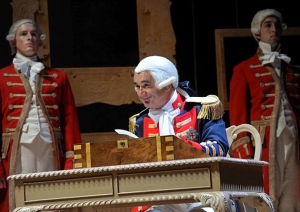 With wonderful costumes and great use of the stage scenery we were treated to an amazing evening's entertainment. Complete with the music of Handel there were many laughs throughout the play which resulted in a standing ovation at the end. You would be mad to miss it!
Posted by Andy Yourglivch at 13:26