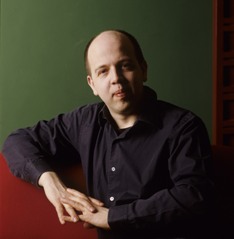 Half way through the final piece of music being played a member of the audience collapsed and unfortunately brought the concert to an early finish. As you would expect the music played was of the highest standard and was the world premiere of Elspeth Brooke's The Homing Call. This was a jazz influenced concert and showed Britten Sinfonia's commitment to playing in Norwich.
Posted by Andy Yourglivch at 12:33