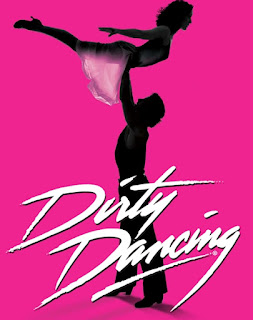 On the evening of Monday 3rd September 2012 I attended Dirty Dancing at Norwich Theatre Royal as this classic story on stage continued it's first ever UK National Tour. It's the summer of 1963, and 17 year old Francis 'Baby' Houseman is about to learn some major lessons in life as well as a thing or two about dancing.


On holiday in New York's Catskill Mountains with her older sister and parents, 'Baby' shows little interest in the resort activities, and instead discovers her own entertainment when she stumbles upon the staff quarters when an all-night dance party is in full swing. Mesmerised by the raunchy dances move and the pounding rhythms, 'Baby' can't wait to be part of the scene, especially when she catches sight of Johnny Castle the resort dance instructor.
'Baby's' life is about to change forever as she is thrown in at the deep end as Johnny's leading lady both on-stage and off with breathtaking consequences. Now I've had the time of my life, no I never felt like this before, yes I swear it's the truth and I owe it all to you. This was night for dreams to come true at Norwich Theatre Royal as Jill Winternitz as Baby and Paul-Michael Jones as Johnny Castle took us to Kellerman's for a summer never to be forgotten.
There was an amazing atmosphere at a sold out Norwich Theatre Royal as we all knew that we were witnessing something very special. There was great music and dancing during the evening throughout Dirty Dancing until we reached the iconic ending which almost lifted the theatre roof. This was definitely one night that I felt like I was having the time of my life.
Posted by Andy Yourglivch at 11:35