The Mozart Orchestra take us to the New World 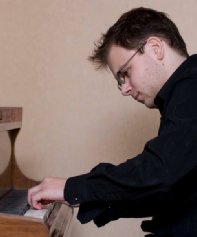 On Saturday 1st October 2011 I attended The Mozart Orchestra's concert in support of the Big C at St. Andrew's Hall, Norwich. With Chrisopher Hopkins - Piano, Fiona Hutchins - Leader and Colin Dowdeswell - Conductor the programme for the evening was An Outdoor Overture - Copland, Piano Concerto in F - Gershwin and Symphony No. 9 From the New World - Dvorak.

All profits from the concert went to The Big C, Norfolk and Waveney's independent charity which helps local people and families through their cancer diagnosis, treatment, life and sometimes death.

Copland's Outdoor Overture came from his involvement in a moment called American Music for American Youth and was first performed in December 1938. This was a time when he turned his back on his earlier avant-garde phase to use folk themes.

Gershwin's Piano Concerto in F was composed in 1925 after musical educator Frank Damrosch heard the young Gershwin play the solo piano part in Rhapsody in Blue and contacted him with a commission for a full scale concerto.

Dvorak's Symphony No. 9 From the New World is from 1893 and was commissioned by the New York Philharmonic and incorporates both Native and African American themes with the folk music of Dvorak's native Bohemia.

The Mozart Orchestra put on a wonderful performance especially after the interval with Dvorak's Symphony No. 9  From the New World. I had a splendid view from my seat in the West Gallery as we were transported to an American landscape which had us all giving great applause at the end of the concert.
Posted by Andy Yourglivch at 11:54