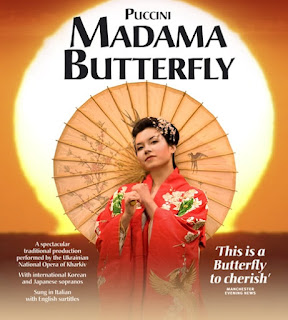 This was a wonderful evening to be at Norwich Theatre Royal as we were brought a splendid performance from the Ukrainian National Opera of Kharkiv of Puccini's masterpiece. This is a heart-breaking story that made an emotional mark on this truly magical night.
Posted by Andy Yourglivch at 11:58