The Academy of St. Thomas at St. Andrew's Hall 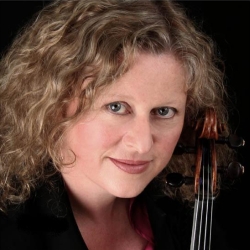 I was back in Norwich City Centre on the evening of Saturday 2nd March 2013 to attend the Academy of St. Thomas concert at St. Andrew's Hall. This performance featured violinist Lorraine McAslan who is currently a member of the London Soloist Ensemble, she also teaches at London's Junior Royal Academy of Music. The orchestra were conducted by Christopher Adey

The programme consisted of Karelia Overture - Sibelius, Violin Concerto - Britten and Symphony No.7 in A major - Beethoven. Part of the orchestra's philosophy is to offer diverse programming as well as more familiar repertoire.

In the Summer of 1892 Jean Sibelius visited the Karelia region of Eastern Finland. The region won his heart and the following year the Viborg Students Society at Helsinki University asked him to compose incidental music for a gala to help raise awareness of the culture of the Karelian people. Sibelius composed an overture and nine numbers, three of these formed the Karelia Suite Op.11.

Benjamin Britten's Violin Concerto was completed in 1939 and was given its premiere in New York on 29th March 1940, by the Spanish violinist Antonio Brosa with the New York Philharmonic conducted by John Barbirolli.  A revised version of the concerto appeared in the 1950s, including alterations of the solo violin part prepared with the assistance of Manoug Parikian.

In 1811 Beethoven worked on his Symphony No.7 while staying in the Bohemian spa town of Teplice in the hope of improving his health. It was completed in 1812, and was dedicated to Count Moritz von Fries. It was first performed on 8th December 1813 at a concert for wounded soldiers in Vienna arranged by Maelzel, the inventor of the metronome.

This was another wonderful evening to be in attendance at St. Andrew's Hall as the Academy of St. Thomas treated us to a splendid programme of Classical Music. Lorraine McAslan and the orchestra played a brilliant Britten Violin Concerto while after the interval Beethoven's 7th Symphony was an uplifting piece to finish the concert.
Posted by Andy Yourglivch at 13:15