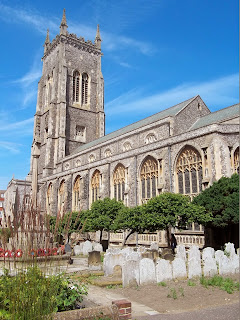 This was a wonderful event at Cromer Parish Church which raised funds for the Cromer Bell Project and was greatly enjoyed by the enthusiastic audience in attendance on the North Norfolk coast. King Henry's Band put on a fantastic performance which was fun and delightful.
Posted by Andy Yourglivch at 08:18