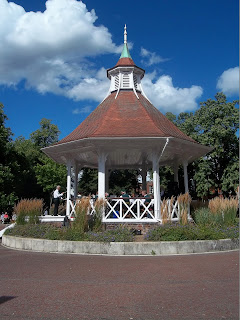 The Norwich City Concert Band opened the concert with the Gladiators Entrance and then entertained us with music from Les Miserables. They also performed the Dam Busters March and a medley of The Beatles hits. They finished the concert with Handel's Royal Fireworks Suites 1 and 4. This was a wonderful afternoon in Chapelfield Gardens full of fantastic music and beautiful sunshine.
Posted by Andy Yourglivch at 14:32