Mozart and Mahler at the Royal Festival Hall 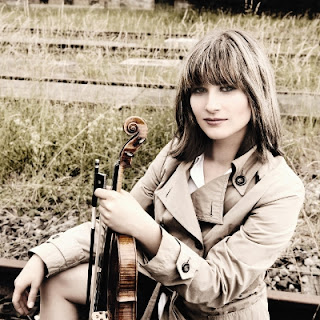 On the evening of Wednesday 28th March 2012 I was back in London for the London Philharmonic Orchestra's concert at the Royal Festival Hall. With conductor Yannick Nezet-Seguin suffering from severe gastric flu there was a change of conductor at very short notice with Matthew Coorey stepping in at very short notice.

The programme for the evening was Violin Concerto No.3 in G major - Mozart and Symphony No.9 in D major - Mahler. Lisa Batiashvili played and directed the Mozart Violin Concerto in the first half of the concert.

Mozart composed this Violin Concerto in 1775 for one of Salzburg's local dignitaries. As well as playing this piece Lisa Batiashvili directed the performance. This was a great start to the evening down at the Southbank.

After the interval we had the pleasure of a performance of Mahler's epic Symphony No.9 which was composed at the end of his life. Mahler was wore down by an exhausting schedule, the constant sniping of the press and domestic tragedy. He summarised the pain and regret of that existence in his epic Ninth Symphony. Well done to Matthew Coorey for stepping in at short notice as we were all treated to a wonderful performance from the London Philharmonic Orchestra of this brilliant piece of music.
Posted by Andy Yourglivch at 11:23