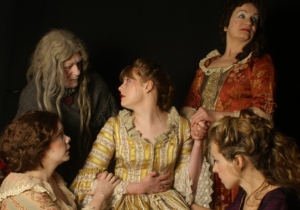 This was a brilliant performance from the Norwich Players as they brought April De Angelis' story to life as we were transported back to the time of Charles II. The play was gritty as well as having moments of humour. Well done to all the cast and the Director Lucinda Bray for this amazing production at The Maddermarket Theatre.
Posted by Andy Yourglivch at 09:59