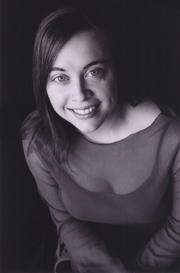 On the evening of Saturday 3rd March 2012 I attended the Academy of St. Thomas concert at St. Andrew's Hall, Norwich which featured soprano Catherine May and conductor Christopher Adey. This was the Orchestra's Russian concert on another night of wonderful music.

Mikhail Glinka wrote two operas the second being Ruslan and Ludmila based on a fairy tale by Pushkin which was worked on between 1837 and 1842. The overture opens with the wedding music at the end of the opera which was an exciting way to begin the concert.

Liadov composed The Enchanted Lake in 1909 which is a depiction of an imaginary landscape inspired by a lake in a forest. With the effect of orchestral textures and harmonic changes the music suggests rippling water and the sparkle of the sun on the lake. A great piece to listen too close to the banks of the River Wensum.

Concerto for Coloratura Soprano was the first Russian vocal concerto composed by Gliere in 1943. This lyrical work was dedicated to singer Pantofel-Nechetskaya. British Canadian soprano Catherine May performed brilliantly along with the orchestra on this piece which was greatly appreciated by the St. Andrew's Hall audience.

Rachmaninov wrote over eighty songs including the wordless Vocalise in 1915 which was dedicated to the singer Antonia Nezhdanova. Yet again Catherine May and the orchestra conducted by Christopher Adey put in another splendid performance.

The concert concluded with Tchaikovsky's Nutcracker Suite which is always popular with concert audiences. Tchaikovsky completed the score in 1892 and the Nutcracker ballet was first performed at the Mariinsky Theatre on 18th December 1892. The music from the Nutcracker always sounds magical and on Saturday night St. Andrew's Hall was turned into the Land of Sweets. This was the perfect way to finish the Academy of St. Thomas' Russian concert.
Posted by Andy Yourglivch at 23:13