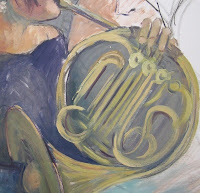 On Saturday 24th March 2012 I attended the UEA Symphony Orchestra and Choir Spring Concert at Norwich Cathedral. This concert was dedicated to Dorothea and Rowan Hare. Conductors on the evening were Sharon Andrea Choa and Tom Primrose.

There was a wonderful atmosphere at Norwich Cathedral with a capacity crowd in attendance on the night. The Mozart Requiem is a special piece of music and is always brilliant to experience live and with the UEA Symphony Orchestra and Choir on top form, this was a night to remember.

Brahms Festival Overture Op 80 was written as a thank you to Breslau University after he was given an honorary doctorate in 1879. This piece of music is by the side of Brahms who loved gypsy music and described the work as a merry potpourri of student songs a la Suppe.

In 1841 Schumann composed a fantasy for piano and orchestra that he had trouble getting published. His wife Clara asked him to turn the work into a conventional concerto. It was four years later that Schumann composed two additional movements. Clara performed the solo part at its premiere in Leipzig on New Year's Day 1846.

Count Franz Walsegg visited Mozart in 1791 to commission the Requiem to honour his wife who had died earlier that year. Work on the Requiem was delayed by the completion of Mozart's last two operas, La clemenza di Tito and The Magic Flute, and the concerto for his clarinettist friend Anton Stadler. He got down to serious work in October and was only ill enough to take to his bed towards the end of November. He died in December leaving only the Introit complete.

Mozart's widow Constanze was anxious to have the Requiem completed and turned first to Joseph Eybler who did some work on the orchestration and then turned to Mozart's assistant Franz Xaver Sussmayr. Let eternal light shine on them, Lord, as with Your Saints in eternity, because You are merciful.
Posted by Andy Yourglivch at 03:44