Beauty and the Beast at Norwich Theatre Royal 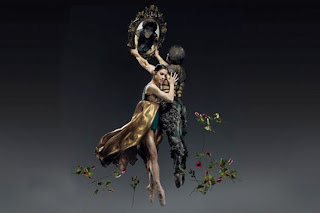 A handsome Prince is transformed into a Beast as punishment for his ugly arrogance. Only true love can break the spell. A beautiful young woman is sent to live with the Beast though afraid at first she soon learns that she has nothing to fear except that the Beast longs for a love that she cannot return.

Beauty and the Beast is the stunning new production from David Nixon and the Northern Ballet. On Saturday 6th October 2012 I attended the matinee performance of this magical ballet which brings an enchanted world full fairies, sprites and goblins to the stage. The amazing score which included music from Saint-Saens, Bizet, Debussy, Poulenc and Glazunov was delightfully played by the Northern Ballet Sinfonia.

The dancers were dressed in haute couture style costumes which gave a wonderful look to this timeless fairytale. Fantastic performances from Pippa Moore as the Beauty, Tobias Batley as Prince Orian, Jessica Morgan as Chantelle, Michela Paolacci as Isabelle and Benjamin Mitchell as the Beast made this an afternoon to remember that proved that beauty is more than skin deep.
Posted by Andy Yourglivch at 00:29