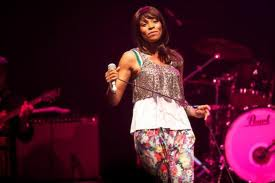 Dub Me Tender is the name of their latest album which they brought  to life on the Norwich Arts Centre stage. A full live dub band, this time based around the UK musicians involved in the project, has been put together. This latest version of the Dub Colossus live experience is designed to move the dancefloor in an uncompromising fashion, though still keeping that unmistakeable Ethiopian flavour. This event was part of Norfolk Black History Month 2012.
Posted by Andy Yourglivch at 11:24