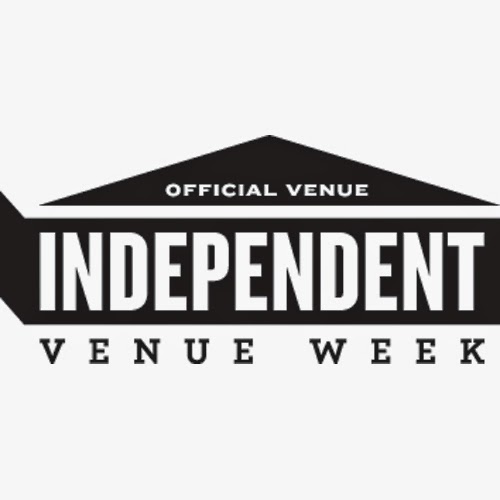 Along with Venues and artists across the country Norwich Arts Centre marked Independent Venue Week with an explosive line up celebrating the venues autonomous, progressive programme and dedication to talent development with this exciting showcase. This was a fantastic night of Electronica at Norwich Arts Centre with headliners The Soft filling the venue with brilliant electronic music which had us dancing throughout their performance.
Posted by Andy Yourglivch at 10:31 No comments:

Last of the Red Hot Lovers at the Maddermarket Theatre 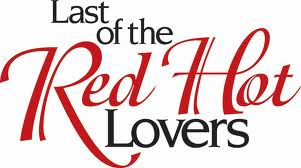 On the evening of Saturday 25th January 2014 I was back at the Maddermarket Theatre, Norwich to attend the Norwich Players performance of Neil Simon's Last of the Red Hot Lovers. This play was written by the author of the wonderful comedy The Odd Couple, with the Norwich Players being directed by Rob Morris.

Forty nine year old Barney Cashman who has been partnered with his wife for what seems most of those years decides to have an affair. With each attempt he fails completely to understand the fact that there is another needy person involved, who is looking for something rather different. Needless to say he gets a lot more than he bargained for, just about everything but an affair.

This was a very enjoyable and funny night at the Maddermarket Theatre with wonderful performances from Trevor Burton as Barney Cashman, Lily Cramer as Elaine Navazio, Camilla Webster as Bobbi Michele and Clare Howard as Jeanette Fisher. The play takes place in the New York apartment belonging to Barney's mother. Having an affair isn't quite what Barney bargained for!
Posted by Andy Yourglivch at 12:41 No comments: 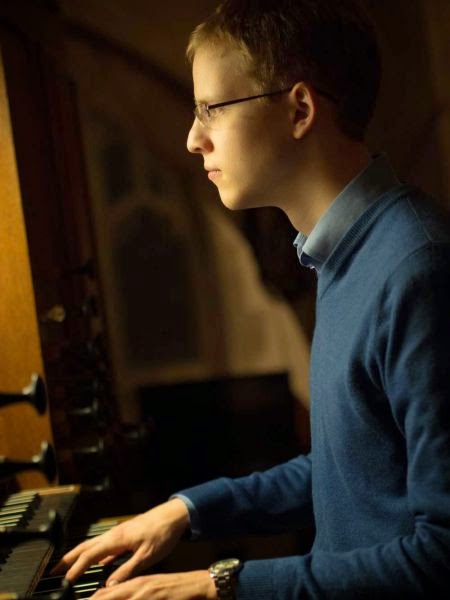 Alexander Pott has performed at Coventry Cathedral, Chelmsford Cathedral, and this year has been invited to give a recital at the London Handel Festival in April. He is currently studying for a degree in music at Oxford University, where he studies the organ with Thomas Trotter and is Organ Scholar at Christ Church Cathedral.

This was another wonderful lunchtime Organ Recital at Norwich Cathedral with an amazing programme of music. My favourite piece was Franck's Choral III. It is always a great experience to hear the Norwich Cathedral Organ.
Posted by Andy Yourglivch at 10:51 No comments: 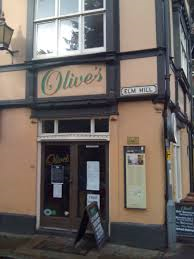 On the evening of Tuesday 21st January 2014 I attended the Poetry Evening at Olive's Café on Elm Hill, Norwich with readings by Barrie de Lara and Sarah Walker. Poetry at Olive's is a monthly community poetry event to provide a forum to encourage local writers to read their work in public. There is an Open Mic for all comers to read one poem or very short piece of prose per event.

This was a fun and interesting night at Olive's Café which included Barrie de Lara reading his prize winning Dinner at Benutti's. Both Barrie and Sarah Walker gave us lots of laughs along with a fantastic Open Mic. I was lucky enough to win a poetry book in the Olive's Poetry Raffle.
Posted by Andy Yourglivch at 10:57 No comments: 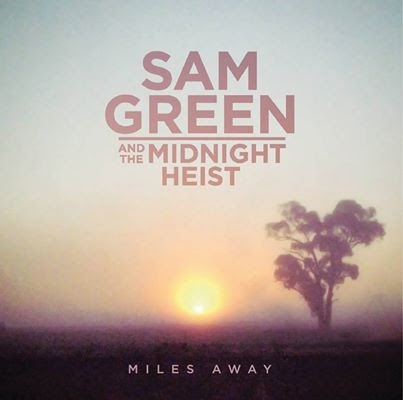 There was a great atmosphere at Norwich Arts Centre as Sam Green and the Midnight Heist, Feral Mouth and Serious Sam Barrett performed a great gig full of brilliant country sounds. All the artists seemed to be having as much fun as the audience members on a night full of fun for all.
Posted by Andy Yourglivch at 13:15 No comments: 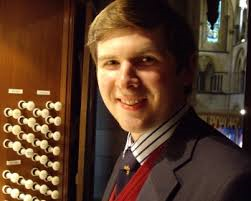 After my morning at Norwich Cathedral on Wednesday 1st January 2014 I made my way to the St. Peter Mancroft Church next to Norwich Marketplace for the Julian Haggett New Year's Day Organ Recital 2014 at 12 noon. As Organist at St. Peter Mancroft Julian Haggett provides voluntaries sensitive to the liturgical focus of services, ranging from 17th Century French and North European organ music of Tunder and Buxtehude to French 20th Century organ music by Alain and Messiaen.

Two brilliant Organ Recitals on New Year's Day was a splendid start to the year. The highlight of the Recital at St. Peter Mancroft was the Widor Toccata from Symphony V which filled the church with the sound of beautiful music.

Posted by Andy Yourglivch at 11:47 No comments: 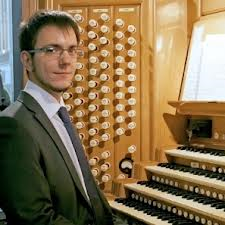 This was a wonderful Organ Recital at Norwich Cathedral and a fantastic way to start the new year. The programme consisted of many various pieces but you can't get much better then listening to the music of Johann Sebastian Bach being performed on the Norwich Cathedral Organ.
Posted by Andy Yourglivch at 11:01 No comments: