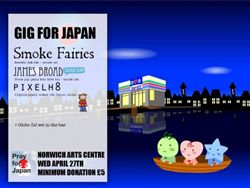 A brilliant night of music that raised loads of money for the Pray for Japan appeal. Very much a night to remember at Norwich Arts Centre.
Posted by Andy Yourglivch at 12:56 No comments: 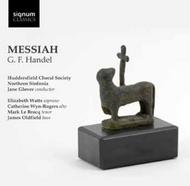 It was a splendid evening with brilliant performances from all the soloists complemented by the choir and orchestra. The acoustics at the Barbican are top class along with the excellent facilities at the venue made this such an enjoyable experience. Messiah is a much loved work that is very closely associated with the Huddersfield Choral Society. Glory to God in the highest, and peace on earth, goodwill towards men.
Posted by Andy Yourglivch at 03:52 No comments:

On Saturday I made my way to London in great anticipation for my visit to the Royal Festival Hall for the London Philharmonic Orchestra's performance that evening. In the afternoon I visited the British Museum before making the journey to the Southbank Centre.

The programme for the evening consisted of Nocturnal Procession - Liszt, Mephisto Waltz No. 1 - Liszt, Cello Concerto in B minor - Dvorak and Symphony No. 2 in C minor (Little Russian) - Tchaikovsky. With Vladimir Jurowski as conductor and Alban Gerhardt on cello this was always going to be a night to remember.

A night of wonderful 19th Century Classical Music was guaranteed. Nauturnal Procession was a sobre way to start the concert which put the audience in an reflective mood. The second piece of music from Liszt on the evening, Mephisto Waltz is more dramatic and lively and took us to a place where we were searching for fun. Both of these works were inspired by the legend of Faust and his deal with the Devil.

Dvorak's Cello Concerto is a truly delightful work with a balance between loud and quiet, which gives the cello the opportunity to be heard in full. The passages where the Orchestra is at it's loudest is when the cello is quiet. Emotions of lost love are mixed with moments of uplifting joy. This was the highlight of the concert thanks to the skills of Vladimir Jurowski and Alban Gerhardt.

After the interval we were treated to Tchaikovsky's Symphony No. 2 (Little Russian) which is based on Ukrainian folk songs. The Ukraine was known as Little Russia hence the name of this work. This was a wonderful way to finish the evening with the sounds of celebration being heard all around the Royal Fesival Hall.

This was a brilliant evening that I will remember for a long while. From the amazing venue to the brilliance of the music and the Orchestra. I made my way home on the train to Norwich with the sounds of Dvorak in my head.
Posted by Andy Yourglivch at 11:56 No comments:

Metronomy brought their electro indie to Norwich Waterfront and turned the venue into one big party. With support from local band The Lost Levels and Hip Hop artist Ghostpoet this was definitely a gig made for a Friday night.

With a ten o'clock deadline when we all turn into pumpkins The Lost Levels gave us an excellent early evening set which showed that all their training had paid off.

Ghostpoet was next on stage with his urban beats straight from the streets. Peanut butter blues that hit the tastebuds in all the right places.

As soon as Metronomy hit the stage they took over the venue with their electronica mixed with funky sounds to get your feet moving. At one point when they were having technical difficulties singer Joseph Mount had a raffle to keep us amused. It may say heartbreaker on the tin but inside there's lots of fun to be had by all.
Posted by Andy Yourglivch at 17:18 No comments:

This Friday was the last Britten Sinfonia at Lunch concert this season at Norwich Assembly House. It was tango time as we were spoilt with some Latin American treats.

The opening piece Hombre Tango was composed by Marcelo Nisinman where the main theme includes a repeated B. The music was inspired by cellist Eduardo Vasallo.

Nanobots composed by Enrico Chapela was on it's world premiere tour. Nanobots are microscopic machines that could be a revelation for the human race in the future. This is a very experimental piece of music based on binary code. I particularly enjoyed this composition as this was trying to be progressive and different.

The highlight of the concert had to be Astor Piazzolla's The Four Seasons of Buenos Aires. This is a truly wonderful piece of music. Summer, Autumn, Winter and Spring all interpreted delightfully. Piazzolla was the pioneer of Nuevo Tango adding new instruments and elements like jazz and baroque. Think of Vavaldi's The Four Seasons with an Latin temperament.

The packed Assembly House all applauded loudly at the end and we were treated to an encore. This was a very special musical experience which will live with me for a long while. I went to Prelude Records in the afternoon and purchased a CD of Piazzolla's music that I have got on repeat play this morning.
Posted by Andy Yourglivch at 02:37 No comments:

On Monday night The Unthanks headlined at Norwich Arts Centre with support from The Trembling Bells who took us on a Big Star journey with their experimental folk.

Rachel and Becky Unthank took to the stage and transported us to their Northumberland home singing happy and sad songs, well mostly sad songs to move us all. The Unthanks showcased their new recently released album Last.

They gave beautiful performances of Gan to the Kye, The Gallowgate Lad, Queen of Hearts and Close to the Coalhouse Door among others. We might have an Unthank Road in Norwich but that doesn't mean we can understand them.

On a number of occasions Rachel and Becky had to explain Geordie pronunciation to the audience including the line when I was young I lived in a hole but now I'm married and I've no home at all. This made a lot more sense when we were told that hole was hall.

Rachel was heavily pregnant so it was left to Becky to entertain us with her clog dancing. This was a delightful night of folk music at Norwich Arts Centre which I'm sure everyone in the sold out audience enjoyed very much.
Posted by Andy Yourglivch at 12:54 No comments:

A twist on the Goldberg Variations!

Angela Hewitt at Norwich Theatre Royal on a Sunday night, how wonderful with the added bonus of Britten Sinfonia and Thomas Gould. I made my way to the concert full of excitement and was not disappointed.

The programme for the night was Bach Keyboard Concerto No. 5 in F minor, Stravinsky Concerto in D for string orchestra, Mozart Piano Concerto No. 9 in E flat major and Bach arr. Dmitry Sitkovetsky Goldberg Variations.

Canadian Angela Hewitt is one of the world's top pianists and it was a pleasure to witness her performance of Bach and Mozart. This is the first time that Angela had performed Mozart's K271 in the UK. She brought lots of joy with her playing and enthusiasm.

After the interval Thomas Gould thrilled us on the violin with Bach's Goldberg Variations. This is a twist in the programme as Angela Hewitt is so closely associated with playing this piece of music. Sitkovetsky's arrangement is very expressive and Thomas Gould took advantage of this in impressive style.

Top class Classical Music at a top class venue, this was truly a splendid evening. The Britten Sinfonia orchestra were on top form all night.
Posted by Andy Yourglivch at 14:47 No comments:

Last night I was back at St. Peter Mancroft Church, Norwich for the Wymondham Choral Society Easter Concert. In conjunction with The Amadeus Orchestra of London they performed Antonin Dvorak's Stabat Mater.

Stabat Mater is a medieval poem telling the grief of Virgin Mary as she stands weeping at the Cross. Dvorak started working on the Stabat Mater after the death of his second child. It was in 1877 that he re-arranged it into its present ten movements.

Wymondham Choral Society and The Amadeus Orchestra of London provided us with a performance of the highest quality bringing the true spirit of Easter to St. Peter Mancroft Church, Norwich. I was very moved by the music that reflects on personal grief and faith in the afterlife. When my body has died, let it be that the glory of paradise is granted to my soul. Amen.
Posted by Andy Yourglivch at 01:51 No comments: