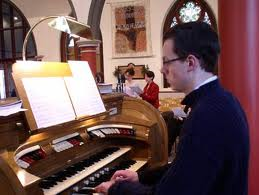 On Saturday 23rd November 2013 I attended the Greg Morris Organ Recital at St. Peter Mancroft Church, Norwich in the Mancroft Music Autumn Recitals 2013 Series. Greg Morris is Associate Organist of the Temple Church in London and Musical Director of Collegium Musicum of London.

Greg's solo performances have included concerts at Notre Dame de Paris, the Neubradenburg International Organ Festival, Westminster Abbey, St. Paul's Cathedral, King's College, Cambridge and many other cathedrals and major churches. Greg began to study the organ with Andrew Dean at The Manchester Grammar School. He held scholarships at St. George's Chapel, Windsor and Jesus College, Cambridge, studied the organ with Paul Stubbings, John Kitchen and Thomas Trotter and was awarded the top performance prize for the Fellowship of the Royal College of Organists and the Silver Medal of the Worshipful Company of Musicians. He then moved to Blackburn Cathedral as Assistant Director of Music.

This was another wonderful Organ Recital at St. Peter Mancroft Church in the heart of Norwich with brilliant music by Bach, Kenneth Leighton and Buxtehude. Greg Morris put on a fantastic performance which was greatly appreciated by the enthusiastic audience.
Posted by Andy Yourglivch at 11:16 No comments: 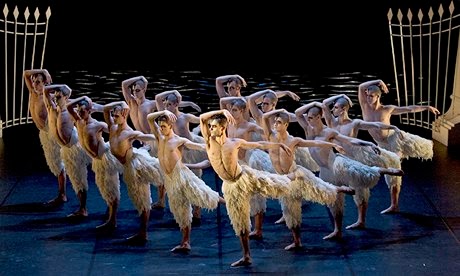 There were fantastic performances from Jonathan Ollivier as The Swan, Sam Archer as The Prince and Madelaine Brennan as The Queen on a magical and fun night at Norwich Theatre Royal. This is the Modern Dance version of Swan Lake and is a very powerful and inspired production.
Posted by Andy Yourglivch at 12:14 No comments: 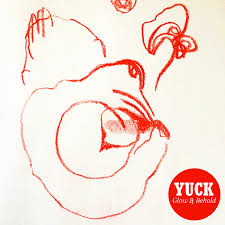 Yuck made this a night to remember at Norwich Arts Centre along with support from London's Polterghost and Norwich band Mega Emotion with their hit song Brains. The sounds of Alternative Rock filled the venue as Yuck brought us tracks from both their albums including Get Away and Rebirth from their new album Glow and Behold.
Posted by Andy Yourglivch at 00:17 No comments: 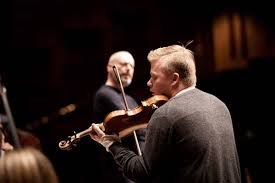 Violinist Pekka Kuusisto directed the orchestra in an illuminating programme of works which also included a new work by Judith Weir, commissioned by the Britten Pears Foundation and Royal Philharmonic Society, to celebrate Britten’s centenary and the Bicentenary of the Royal Philharmonic Society. The programme was jointly devised by Pekka Kuusisto and Britten Sinfonia.

Britten Sinfonia were joined by Mark Padmore - tenor, Pekka Kuusisto - violin and Stephen Bell - horn on a wonderful night of classical music at Norwich Theatre Royal. They played twelve works by nine different composers which proved to be a varied and enjoyable concert. The performance took the audience to new and unfamiliar places.
Posted by Andy Yourglivch at 05:55 No comments: 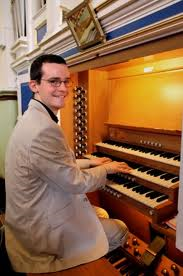 This was another wonderful organ recital at St. Peter Mancroft Church which was greatly enjoyed by the audience in attendance. The Mancroft Music Recital Series is always one of the highlights of the Music Calendar in Norwich both in the Autumn and Summer.
Posted by Andy Yourglivch at 12:31 No comments: 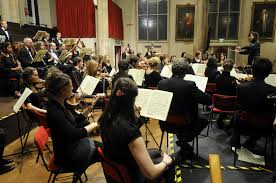 On the evening of Friday 15th November 2013 I attended the UEA Symphony Orchestra's The English Connection Concert at St. Andrew's Hall, Norwich. This was a Sir Colin Davis Memorial Concert. The orchestra were conducted by Sharon Andrea Choa and featured soloist Paul Silverthorne (viola).

The programme consisted of Cello Concerto in E minor, Op. 85 (transcribed for viola) - Elgar and Symphony No. 8 in G major, Op. 88 - Dvorak.

Elgar's Cello Concerto is the last of four expressively linked works together with the Violin Sonata, String Quartet and Piano Quintet he wrote in 1918 and 1919. The chamber works have a wistful and eerie enchantment, to which the concerto adds an unmistakably tragic tone. Viola player Lionel Tertis worked tirelessly to establish the viola as a solo instrument in its own right and made a transcription of Elgar's concerto in 1929.

Dvorak wrote the Eighth Symphony in 1889 and was published by the London firm of Novello and Co in 1892. The Eighth is thought of as the sunniest and most relaxed of Dvorak's symphonies, but there is considerable emotional darkness in the slow movement, as well as light and tranquillity.

This was a wonderful evening at St. Andrew's Hall as the UEA Symphony Orchestra performed splendid pieces by Elgar and Dvorak. This was a fitting memorial concert in memory of Sir Colin Davis.
Posted by Andy Yourglivch at 15:27 No comments:

Sequence of Music for Remembrance-tide at Norwich Cathedral 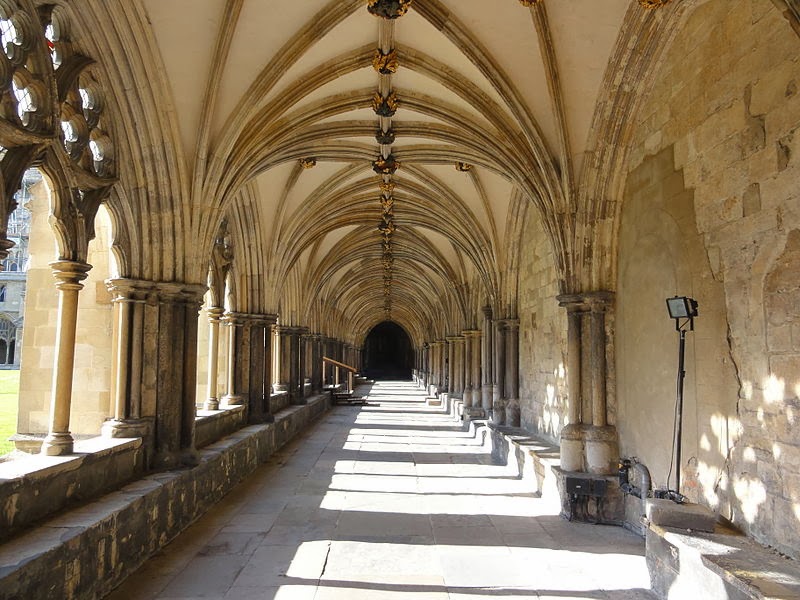 On the evening of Thursday 14th November 2013 I was back at Norwich Cathedral for the Norwich Cathedral Consort's performance of Sequence of Music for Remembrance-tide. The Consort were conducted by Ashley Grote with organist Kris Thomsett.

The Norwich Cathedral Consort performed wonderfully along with Ashley Grote and Kris Thomsett. This was a moving and emotional event at Norwich Cathedral which took place in the Presbytery.
Posted by Andy Yourglivch at 14:42 No comments: 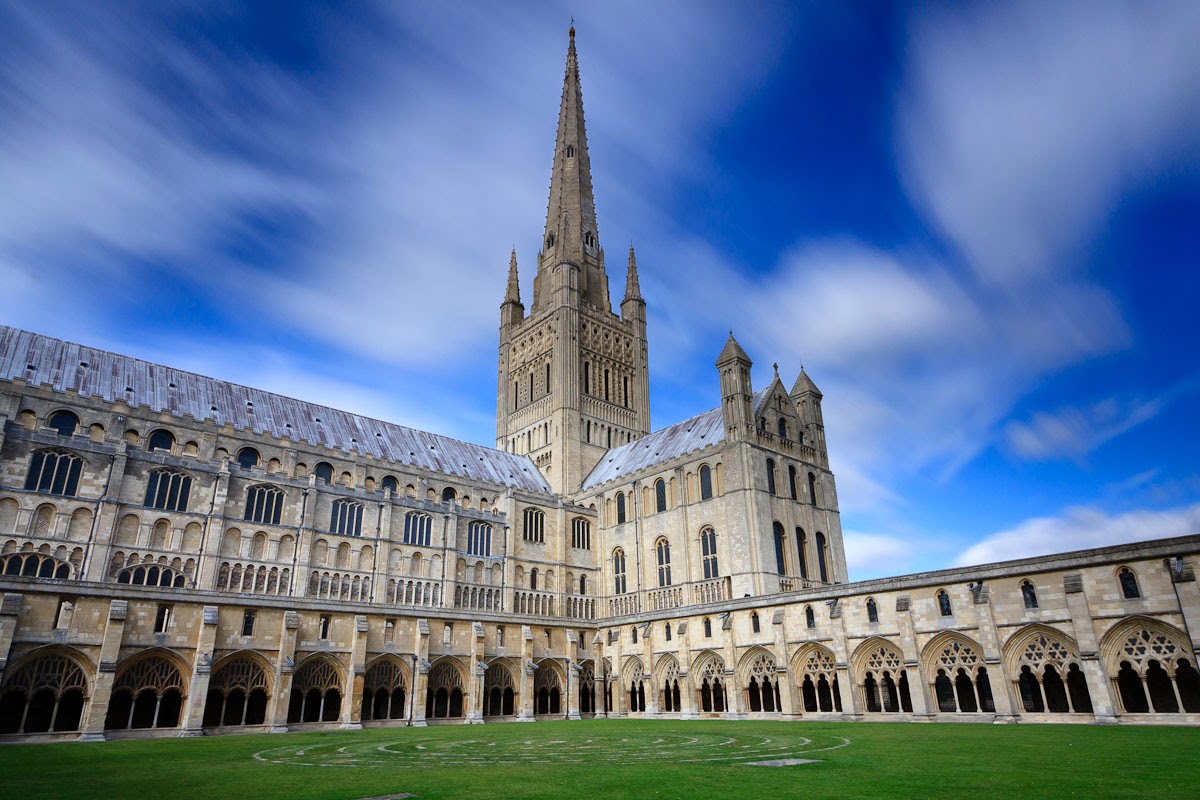 I greatly enjoyed this brilliant Organ Recital from John McGreal at Norwich Cathedral. My particular favourite pieces being the music of J.S. Bach which filled the Cathedral and the audience with lots of joy.
Posted by Andy Yourglivch at 04:50 No comments: 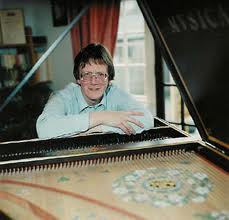 This was another wonderful organ recital at St. Peter Mancroft Church which highlighted the teacher/pupil link from Sweelinck all the way to the young Bach. It is always brilliant to hear the organ at St. Peter Mancroft Church being played and Douglas Hollick made this one of the highlights of the Autumn Recitals 2013 series.
Posted by Andy Yourglivch at 08:11 No comments: 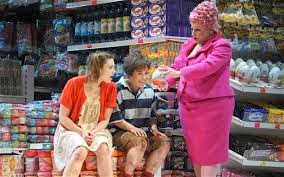 On the evening of Tuesday 5th November 2013 I attended the Glyndebourne production of Hansel Und Gretel at Norwich Theatre Royal. This opera by Engelbert Humperdinck has long cast its musical spell over audiences of all ages. The score vividly evoked the magical world of fairy tale, and Laurent Pelly's deliciously witty production injected a modern twist into this enchanting classic.

Sung in German this fairy tale opera in three acts featured wonderful performances from Victoria Yarovaya as Hansel and Andriana Churchman as Gretel. The Glyndebourne Tour Orchestra were conducted by Ilyich Rivas. Hansel Und Gretel was first performed at the Court Theatre, Weimar in 1893.

Hansel and Gretel are doing chores. Both are bored and hungry, and to cheer themselves up they start to dance. Their games are interrupted by their Mother, who is angry to find them playing instead of working. In her anger she knocks over the milk jug, losing what was to have been supper. She sends them into the forest to gather strawberries instead. Wearied by their precarious existence, she sinks into a chair, only to be woken by the return of her husband. She is irritated to find him tipsy, but calms down when he produces a sack full of food. When he enquires after Hansel and Gretel, he is alarmed to hear they are in the forest: he warns of the Witch who lives there, and both parents set out to look for the children.

Hansel and Gretel happily gather and eat strawberries. When night falls they realise they are lost, and are frightened by the mysterious shapes in the mist. But a Sandman appears and settles them. They say their evening prayers, and go to sleep. The mist around them turns to clouds from which angels appear, who guard the children from harm.

At dawn the Dew Fairy comes to wake Hansel and Gretel. They are excited to see a house not far away, but when they begin to nibble at it, the Witch emerges and captures them, casting a spell. She puts Hansel in a cage, telling Gretel that her brother needs fattening. She releases Gretel with a spell, in order that the girl may help her with the oven. But Gretel uses the spell to free Hansel, and as the Witch demonstrates to Gretel how to check the oven, the children push her into it. As the Witch dies, the fence of people is transformed back into motionless children. Hansel invokes the formula for breaking the spell, and the children jump up and thank Hansel and Gretel for saving them. The Mother and Father appear, and the family is reunited.

This was a fantastic and magical evening at Norwich Theatre Royal with Glyndebourne bringing the story of Hansel Und Gretel by the Brothers Grimm to the stage. I greatly enjoyed this fairy tale opera which brought world class opera performance to Norwich with Glyndebourne making their annual visit to Norwich Theatre Royal.
Posted by Andy Yourglivch at 09:41 No comments: