Pachelbel and Bach at The Octagon Chapel 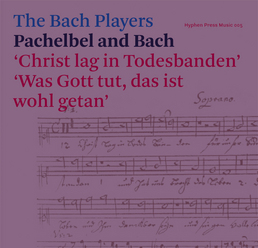 On Thursday 17th November 2011 I attended The Bach Players Pachelbel and Bach concert at The Octagon Chapel, Norwich where there was a large crowd for their third concert of the year at this venue even though they were competing against Handel at Theatre Royal.

The Bach Players are a group of musicians who share a passion for the music of Bach. They play on original instruments and all the vocal music is sung in its original language. Their programmes focus on music from the Baroque period with tonights showing Pachelbel as a predecessor of Bach. With Rachel Elliott - soprano, Sally Bruce-Payne - alto, James Gilchrist - tenor and Matthew Brooke - bass on vocals along with The Bach Players this was always going to be a very interesting evening that I had been looking forward too eagerly.

The music was of the highest quality as you would expect from The Bach Players as they delighted the audience with a programme that they will be releasing on a double CD early next year. Norwich appreciates The Bach Players regular concerts in Norwich as was shown by the support for them on Thursday evening at this beautiful historic venue. This was an intimate night of  music where the audience always felt part of the occasion and the performance.
Posted by Andy Yourglivch at 08:34