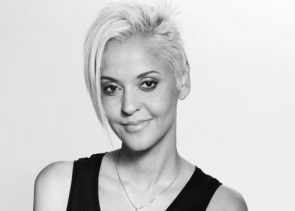 On Tuesday 14th May 2013 I attended the Mariza concert at Norwich Theatre Royal with support from Alasdair Roberts. Two years ago Mariza had to cancel her appearance at the Norfolk and Norwich Festival due to illness. It was great to be able to finally see her live at the Festival.

Mariza is the leading Portuguese fado singer of her generation and a global icon. She has infused fado, the breathtaking lyrical and melancholic music of Portugal, with the musical flavours of Brazil, Spain and Mozambique.

Mariza has such an amazing powerful and beautiful voice which filled the Norwich Theatre Royal with the sounds of fado. She looked stunning in a long elegant dress and chatted between songs in English and Portuguese. She has a charismatic stage presence and her set mixed traditional and contemporary song forms. There was a great relaxed atmosphere on the night which resulted in a loud round of applause at the end of the concert for the Queen of Fado.
Posted by Andy Yourglivch at 03:13