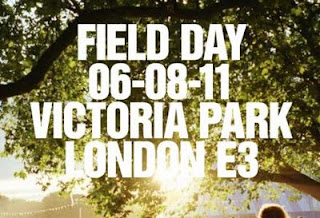 As The Coral played a a fun set full of their greatest hits a rainbow appeared in the skies above Victoria Park and everyone forgot about the rain. I made my way back to the Laneway Festival Stage to catch the beginning of The Horrors performance. This was a triumphant moment for the band who seem to be at the height of their powers. I finished my day with the Wild Beasts who got us all dancing with their chiming guitars and memorable songs.
Posted by Andy Yourglivch at 14:19