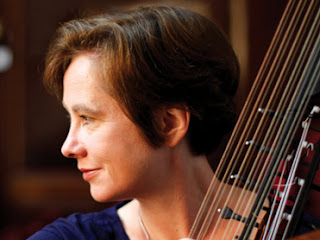 On Wednesday 6th June 2012 I caught the National Express bus from Norwich to London Victoria. I spent the afternoon at the British Museum before making my way to Wigmore Hall for the Phantasm viol consort, Elizabeth Kenny and Daniel Hyde concert which featured music from John Dowland and William Lawes.

This was an evening of splendid Early Music at London's Wigmore Hall  which was broadcast live on BBC Radio 3. Phantasm are considered as one of the most exciting viol consort active today while Elizabeth Kenny is considered to be one of Europe's leading lute players. John Dowland, who rose to fame in the late 16th century, was regarded as one of the finest lutenists of his time in his native England, but was also influential in mainland Europe where he spent much of his career. The next generation saw the emergence of Salisbury-born William Lawes who wrote extensively for voices and instruments.

From the Jacobean Music of John Dowland to the works by William Lawes who wrote music while serving the Stuart monarch Charles I this was truly a wonderful evening at Wigmore Hall. The Phantasm viol consort and Elizabeth Kenny played this Early Music brilliantly and gave us a night to remember. Wigmore Hall was the perfect venue for this programme of music.
Posted by Andy Yourglivch at 15:24