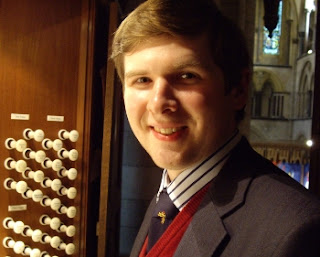 Julian Haggett became a star of the big screen at St. Peter Mancroft Church as we were entertained with a recital of splendid organ music. Mancroft Music's Recitals are always a wonderful way for the people of Norwich to experience this historic city centre church along with beautiful music.
Posted by Andy Yourglivch at 11:01