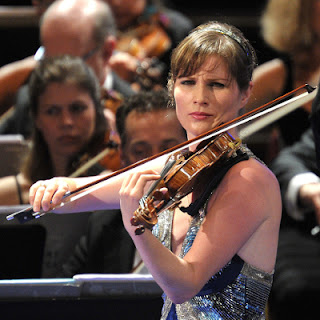 This was a fantastic evening at the Royal Albert Hall with the BBC Symphony Orchestra conducted by Sakari Oramo providing us with a wonderful and interesting programme of music. The Georgian violinist Lisa Batiashvili performed an outstanding Sibelius Violin Concerto which is a piece that she has made an acclaimed recording with Sakari Oramo. There was a brilliant atmosphere which made this a special night at the BBC Proms.
Posted by Andy Yourglivch at 13:40