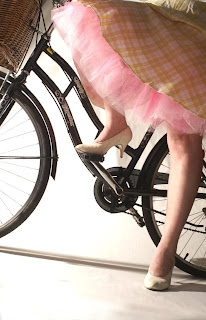 On the afternoon of Saturday 3rd August 2013 I attended the matinee performance of Enda Walsh's New Electric Ballroom at the Maddermarket Theatre, Norwich. The Norwich Players cast for this performance was Ada - Kate Cox, Clara - Dot Binns, Breda - Etta Geras and Patsy - Dean Bramwell. The director of this play which won the Fringe First Award at the Edinburgh Festival was Adina Levay.

The New Electric Ballroom is a tale about three sisters, who live in an isolated Irish fishing village. Clara and Breda never leave the house, Ada, the youngest sister is the only one with any semblance of ties to the outside world. Each day Clara and Breda re-enact a life changing event of a heartbreak from their youth.

The two put on the show complete with costumes, atmospheric lighting and sound effects for the never been kissed Ada partly for entertainment, but also as a cautionary tale. Ada is imprisoned by the spell of words cast by her mad sisters.

Their daily routine is interrupted by Patsy, a lonely fishmonger whose seafood deliveries are as predictable as the tides. Breda invites Patsy in to become part of their bizarre ritual and perhaps to rescue Ada. This is the story of three sisters that have created their own world, who talk to avoid truly living.

This was a moving and entertaining play with brilliant writing from Enda Walsh. New Electric Ballroom is full of amazing characters and lots of situations that brought laughter to the Maddermarket Theatre. I found the play very interesting and enjoyable.
Posted by Andy Yourglivch at 11:15