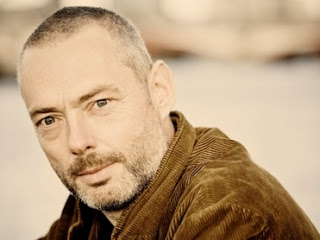 The programme consisted of Ten Blake Songs - Vaughan Williams, The End - Jonathan Dove - The End and The Curlew - Warlock. This performance was the World Premiere of Jonathan Dove's The End which was commissioned with the Tenner for a Tenor campaign.

This concert highlighted the host of British composers who found inspiration in the poetry and folksongs of the British Isles in the first half of the twentieth century. Also Jonathan Dove's The End was performed in the middle of the concert. This was a concert of the highest quality which began with Vaughan Williams' Ten Blake Songs which were written as settings of Blake's poetry for the film The Vision of William Blake.

Jonathan Dove's commission is music composed for Mark Strand's poem The End. The music suggests the gentle rocking motion of a ship slipping into darkness and the sound of birds suspended in flight. The concert finished with Peter Warlock's The Curlew which is a song cycle of poems by W.B. Yeats. This was a brilliant lunchtime at Norwich Assembly House with Britten Sinfonia once again giving us a performance to remember.
Posted by Andy Yourglivch at 23:22