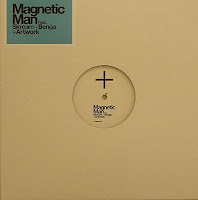 Skream, Benga and Artwork brought their dubstep super group Magnetic Man to Norwich Waterfront last night and put on an spectacular show. With support from Katy B this was the night that dubstep made a big splash in Norwich. As soon as Katy B hit the stage and burst into Louder the whole venue went crazy. She is definitely a big star in the making. The energy at the gig last night was amazing. It was like everyone had been transported to Outer Space or another dimension! The whole floor was shaking!

This energy reached a completely new level when Magnetic Man made their entrance. With their set up of three Mac laptops, a Korg synth and a digital mixer combined with the amazing light show their live performances just blow your mind. If it is possible for electronic music to be organic then this is it. It takes you on a natural high and makes you believe that computers can have a heart. According to Artwork the light show is supposed to represent when you're on a bit of drugs and you close your eyes and see shapes.

Katy B joined Magnetic Man on stage for Perfect Stranger and the energy reached a whole new level. This was not just a gig but a life experience brought to you by the Three Kings of Dubstep. Down by the River Wensum Magnetic Man definitely shook up this Fine City! I need air and now I have electronic music with real emotion. This is what 21st Century music should all be about.
Posted by Andy Yourglivch at 09:03